South Shields Native, Enlund will be delighted to be afforded the opportunity to walk out in his hometown, in front of what promises to be raucous support! Alex is currently riding high on a 6 fight win streak in which time he became the CW Champ, having recently became a member of SBG Manchester his progression will only continue to rise!

Paulo Boer is one of the Netherlands most famous Martial Artists, having recently competed on TUF 22 and falling only to the eventual finalist & Enlund’s new team mate, Saul Rogers via 2nd round submission. Boer is the star of a reality TV show back home and will be looking to fashion a way back to the UFC virtue of a good win, June 18th!

So will it be a homecoming party for Enlund or will Boer take the biggest win of his career back to Holland? 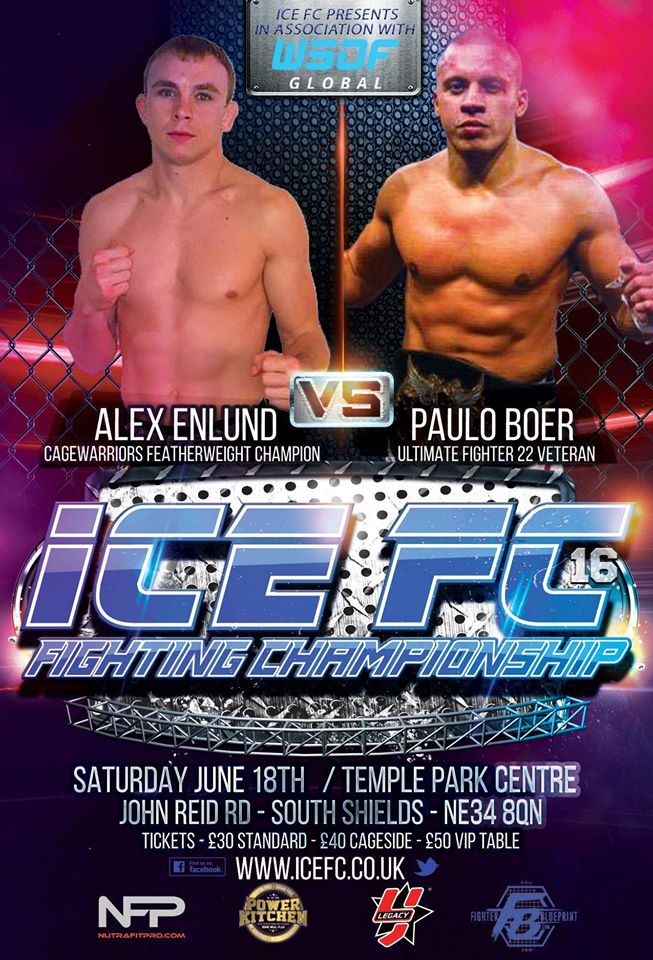